Colliding stars? Has the ESTEC center in Noordwijk observed something special in the universe or has a difference of opinion arisen among Dutch celebrities in the area?

None of this. Council members of Noordwijk have something else in mind when they talk about stars: the 2030 Noordwijk Environmental Vision.

Noordwijk is ahead of many municipalities as it has already set up a vision regarding the Environmental Act.

Seven stars have been defined in this vision representing Noordwijk. To find out how this vision can be applied in practice, council members, civil servants and a number of citizens/partners of the city participated in the workshop ‘Impact tests’.

These are the 7 stars:

Why an impact test?

The city of Noordwijk asked Tygron to look after all the specific aspects and the effects of the impact-test workshop.

A real case was reviewed against seven stars in the ‘Impact-Test Workshop’.

Tygron distilled a review model from the Environmental Vision so as to review three scenarios for a re-development location in Noordwijk against four indicators/topics (must comply with the housing vision, noise levels, spatial quality and amount of traffic.

During the evening, the effect of a scenario on the indicators in respect of the original situation was calculated in real time. These indicators are related to one or several stars. Eventually, the score for 7 stars could be visualized in a clearly organized table. 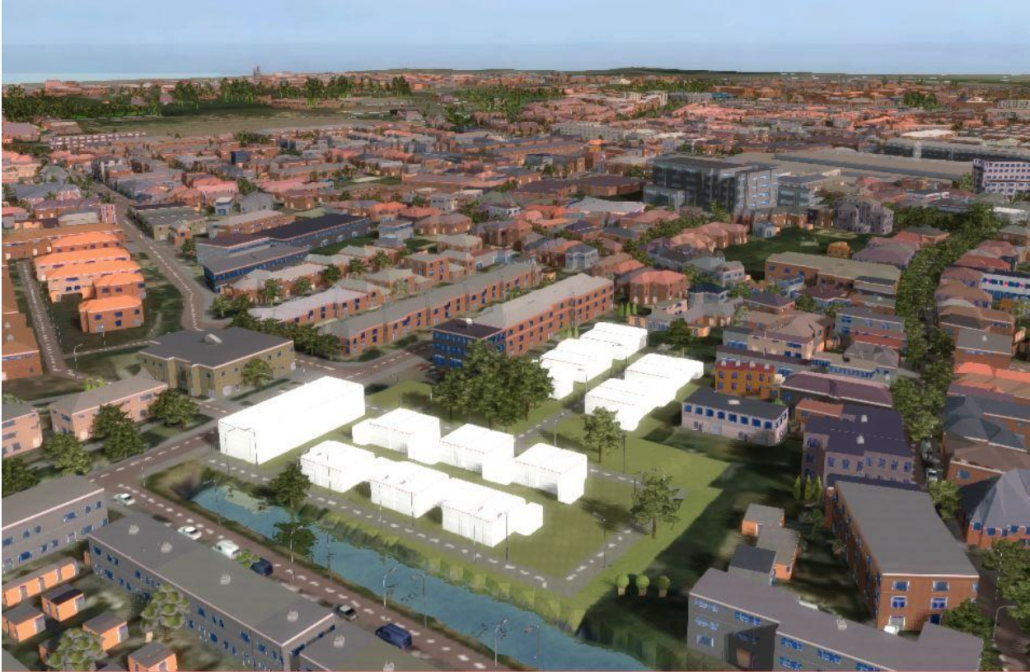 One of the illustrative scenarios in the use case

With the Tygron Platform, participants were able to set up a clear and unambiguous picture of what happened during the execution of a certain scenario. The model has been built from key data (such as key administrations and the Actual Elevation Model for the Netherlands) and enhanced with the municipality’s own data (such as the traffic model for Noordwijk).

The 3D image made immediately clear to the participants what the urban development plan was going to look like and the impact such a plan may have on the environment. An interactive and vibrant discussion developed from this. And the participants felt like they had landed in 2021, the year when the Environmental Act takes effect, because an integrated consideration of the physical surroundings can be made based on digital instruments and centrally opened-up data.

Of course there was a plethora of different opinions and a lively discussion kicked off: about the mutual relationship among the stars, the testing method, the impact of a scenario on the stars, the use of digital tools and so on.

All in all a successful workshop!

Has this inspired you and would you like to know more about impact tests or the Tygron Geodesign Platform? Please contact us at info@tygron.com

Teacher use case: Climate game motivates students
During the Geoweek, students were introduced to Geodesign